White Rhino is a highly regarded indica dominant strain from the White family line of Greenhouse Seed Co. The White Rhino strain is a hybrid of White Widow crossed with Afghani, Brazilian and South Indian genetics. It’s 80% indica and 20% sativa with mostly indica traits. THC levels are between 22%-26% with a CBD measured at .13%. The primary terpenes in White Rhino are a-pinene, B-pinene and guaiol.

White Rhino’s buds are chunky and compact. The plant is covered with so many frosty white and silver crystals that it looks like a silver sponge. The high amount of resin produced is perfect for making hash and other extracts as well as edibles.

A very smooth and medicinal smoke, White Rhino also has a soft floral and spiced hashish taste. The buds are slightly fruity and peppery smelling with a little sweetness reminiscent of wildflower honey.

This is an intensely potent hybrid that has been bred to maximize the resin content and yield of the famous White Widow. White Rhino is a strain highly-desired within the medical community. The creeping body numbing sensation is long-lasting and best suited for nighttime use

Known for its strong narcotic effects, this hybrid is also useful for medicinal purposes, due to a very high THC content coupled with significant amounts of CBD and CBN. It’s often used with great success for pain relief, and is known for being a great sleep aid. The therapeutic high is also ideal for relieving inflammation, as well as general aches, and pains. White Rhino is also great for treating nausea and can help increase appetite for those affected by eating disorders. The deep lethargic feeling is equally helpful for fighting moments of anxiety and insomnia.

Best grown indoors especially, hydroponically, WR is an outstanding producer. Indoor yield is generally 32oz/m2 with a flowering time of 9-10 weeks. Going for 10 weeks will greatly increase the sedative effects of the strain. Grown outdoors, the plants will finish in early October and bring in a harvest of 42oz/plant. White Rhino is a short, plump and branchy plant that is low odor while growing, making it ideal for discreet gardening.

Summary of the White Rhino Genetics

With huge, dense, crystalf-rosted buds, this is a gtreat plant for all Indica lovers and commercial growers.

bought 3 seeds 2 out of 3 popped. They are looking really nice. 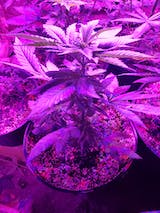 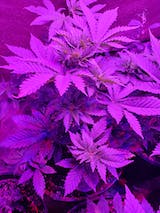 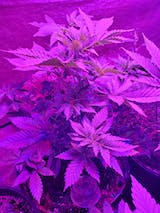 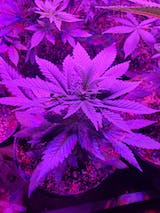 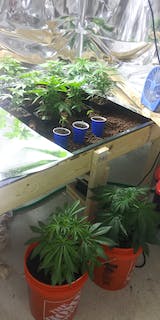 These seeds cams and all 10 germinated quite easily. I’ve lost two so far and the eight remaining are healthy beautiful females. Will get back to y’all on yields. This is about 8 weeks in 🤙🏾 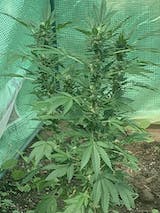 So far the White rhino has been doing well. Only purchased 3 seeds and have had a 50% germination, saving 3rd for future planting maybe outdoors. In the early weeks she was short stubby not really doing much until I transplanted into a 5 gal. cloth pot. Within a couple days she started to branch out. Just pruned a little took some clones before she moves into the flowering room. There's a nice sweet aroma to her. Becoming a nice little bush. Next few weeks should exciting. Sorry she's a little thirsty in the picture. 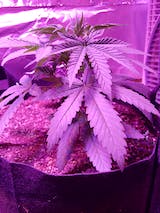 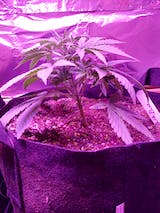 A
A.
White rhino

Got 5 seed all sprouted. And going good. 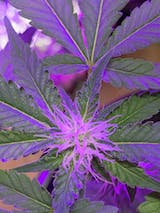 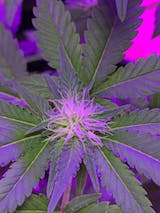 Great success and I do grow them in ceramic pots on my deck facing east with plenty of sunshine and trade wind breezes. Thanks, Captain Sharon 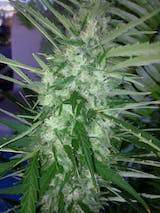 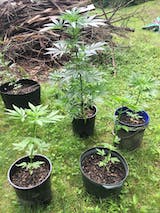 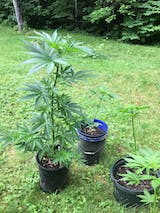 This White Rhino was under a T5 6500k for 3 weeks and has spent the last week under a G8 900 watt. This plant is short and internidal spacing is tight. Idk how it will finish out because it is my first grow. These seeds popped easily and have been easy to grow. 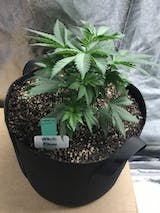